MBQG Members at the 2011 Quilters Retreat

The Mahone Bay Quilters Guild was well represented at the 13th Mayflower Quilters Retreat at Pictou Lodge. Jamie and Sharon were the winners of our two scholarships to go to the Retreat. 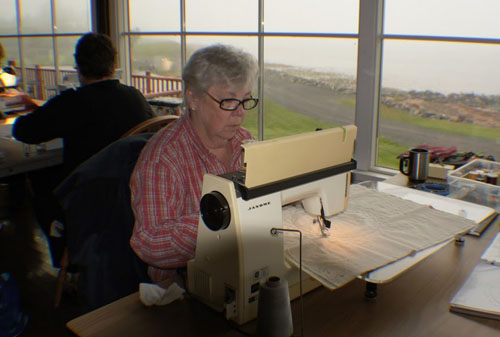 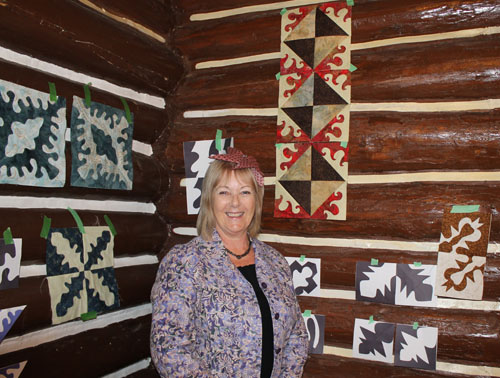 Sharon had a great time in Daphne Greig's class "Give and Take Applique".

In all 11 members of our Guild were at the Retreat. 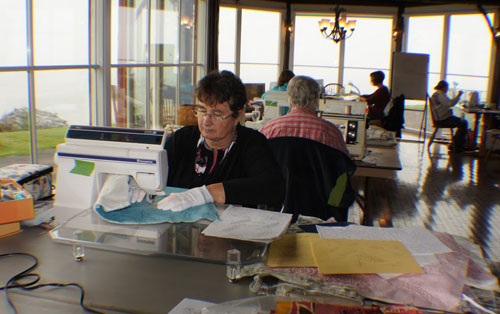 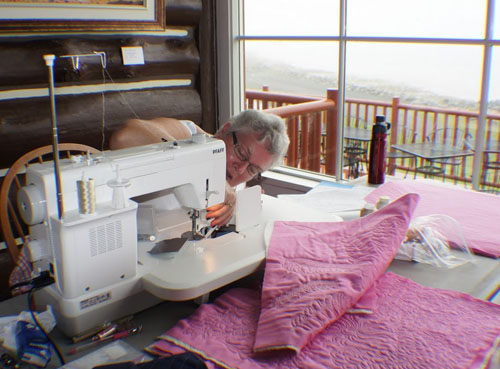 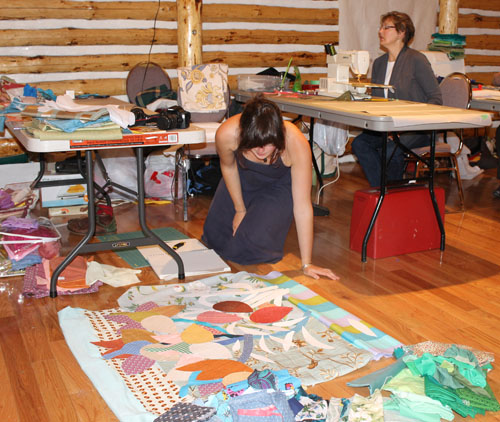 Rebecca was in Jane Sassaman's class "Abstracting from Nature". 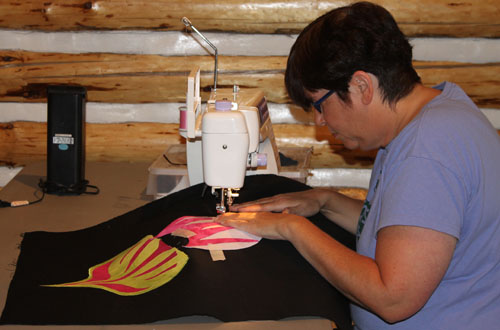 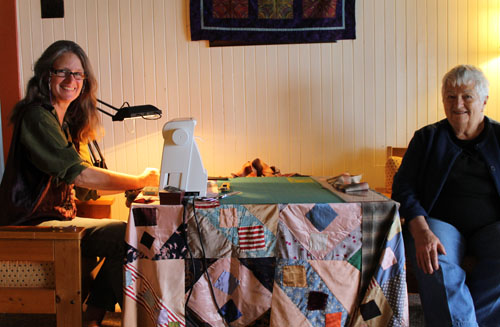 Betsey and Polly chose to do Independent Study in their cabin. 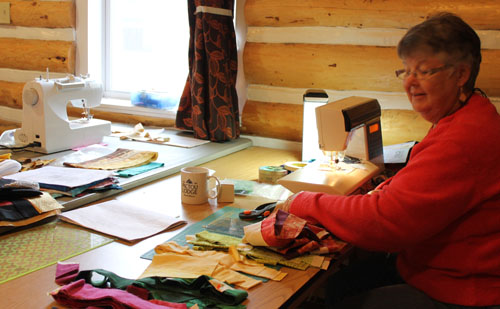 Bev chose to work in the Independent Study room. 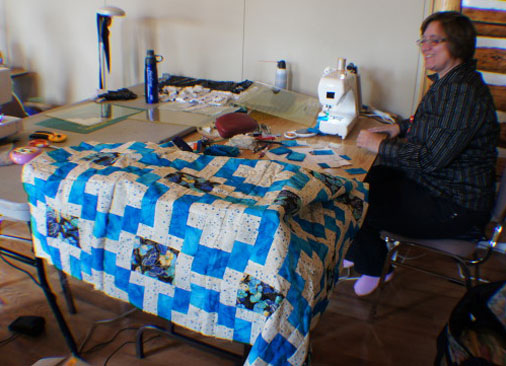 Debbie worked in the Independent classroom too.

All in all, a good time was had by all. Many thanks to the Guild members who have supported our fund raising efforts and thanks too for supporting members with the scholarships.

To see more pictures from the retreat go to our blog at:

The 14th Mayflower Quilters Retreat has been booked for September 25-29, 2013, start saving! 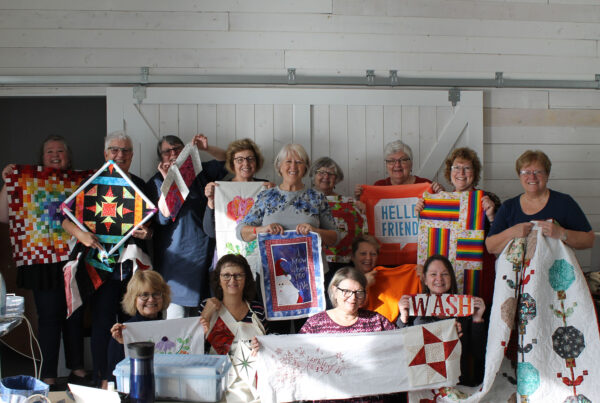 The Quarterdeck MBQG’s 3rd annual Retreat at the Quarterdeck in Summerville was a success again this year. With all that is going on we were very lucky to be able to have those few days together to enjoy sewing and friendship. Table with a view Laughter and ideas were freely shared. Days were spent sewing with an occasional walk on… 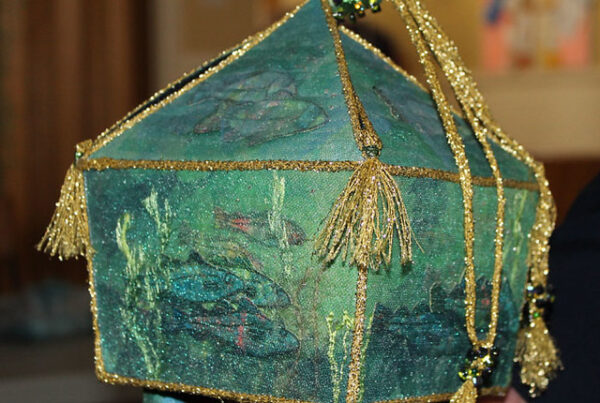 Once again our members brought some wonderful quilts and quilted projects to show and tell. Above is Isabel's Gypsy Wife, pattern by Jen Kingwell, an Australian quilter and designer. Jan's king size plus quilt made using a Jinny Beyer pattern, congratulations to the bride and groom who are receiving this quilt as a wedding gift! Cathy's lovely Where Land Meets…

Mary Elizabeth with her improv wallhanging from Krista Hennebury's workshop. Another great turnout for our October meeting. We have several interesting workshops coming up. We are delighted that Karen Miller's workshop is full! If you are interested in it you can contact Debbie at debbiebreeze@eastlink.ca to go on the waiting list. We have been asked by the Father Christmas Festival…

From our quilt show last weekend even Hurricane Fi

Our first quilt show in 3 years! Don’t miss it!!