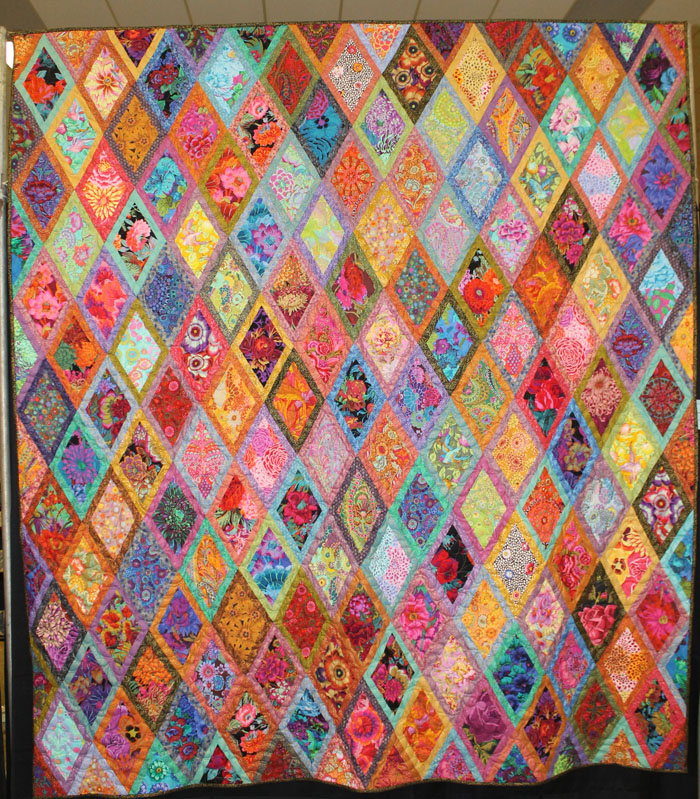 Jeweled Diamonds has been chosen by the International Quilt Festival Houston to be the "signature quilt" for the 2013 Festival.

Jeweled Diamonds, was designed & pieced by MBQG member Tina Belding using EQ7, (inspired by Kaffe Fassett's Bordered Diamonds),quilted by Ken Grantham. Tina's quilt has had an outstanding year, it was juried into AQS Paducah 2013 and the Canadian Quilter's Association National Juried Show 2013, as well it was in the MBQG 2012 Quilt Show and the Mariners Quilt Guild Show, Dartmouth, NS. The quilt will travel after the Quilt Festival in Houston as a special exhibit until 2014.

The following is from a letter Tina received from the International Quilt Festival Houston. "I am writing with what I hope is some exciting news for you. Out of all the quilts that will be on display at the upcoming International Quilt Festival in Houston, Jeweled Diamonds, was chosen to be the show "signature" quilt. Our Executive Vice President simply adored your work. That means a photo of your quilt will be used on the covers of all of the publications and advertisements associated with the show, as well as the tote bag. An element of the quilt will be utilized in the T-shirt and show pins as well."

What an experience that will be for Tina to walk around that enormous show and see her quilt on everyone's bag. Congratualtions Tina! 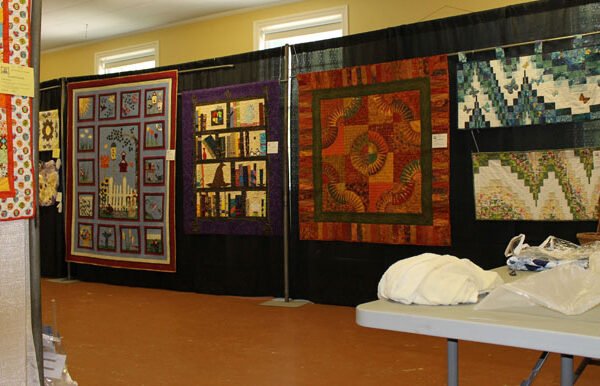 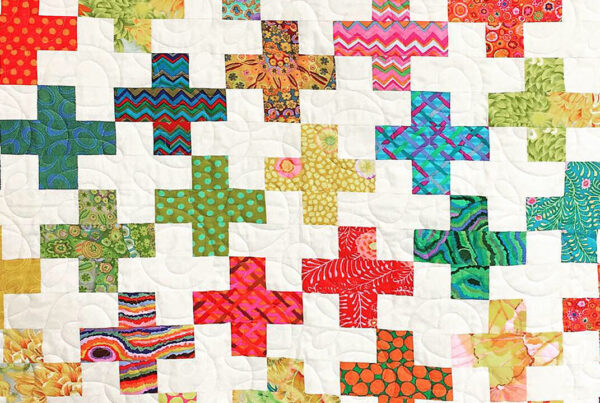 Welcome! The new Mahone Bay Quilters' Guild web site is now live and waiting for you to explore. In this post, we'll offer you a guided tour – but don't hesitate to explore on your own. Plans for the new site have been percolating for a bit, and we are very pleased to finally invite you to take a look.… 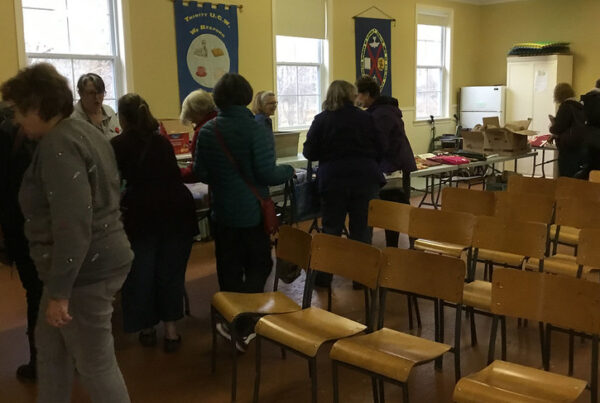 A couple of pictures to remind you we have the June dinner and AGM to look forward to...we hope! And won't it be a wonderful sew and tell! *A quick post to let you know that our regular Guild meetings on April 6 and May 4, 2020 have been cancelled. Should anything change  (and we sincerely hope it does!) we…

It's a lively monthly meeting tonight in Mahone Ba

Save the dates! Our first Quilt Show since 2018 is