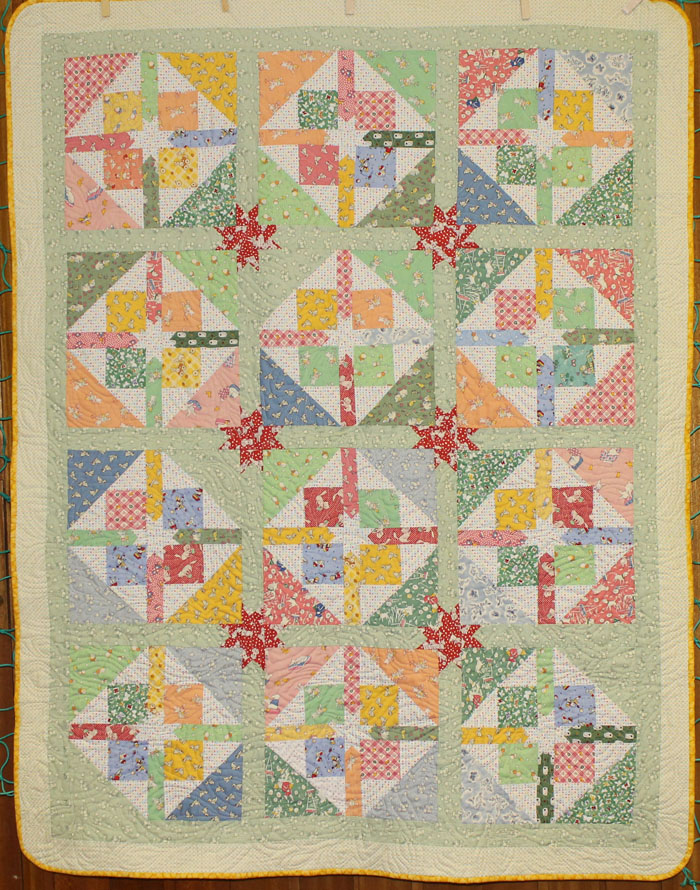 Our 2012-13 year of meetings and workshops has come to a close. The Guild has had an active and busy year with some terrific programs at our meetings and workshops to tempt all levells of quilters. We are so fortunate to have such a dedicated membership who come out and support our Guild's activities. Thanks to all who have helped and volunteered over the past year.

Plans are well underway for the 2013-14 year with more workshops and more wonderful programs. Our new membership year has started with almost 3/4 of our members renewed already. If you want to mail in your cheque to join or rejoin the MBQG see the "membership" link in the sidebar.

The executive will continue to work through the summer to make plans and discuss future events for our next year and beyond. If you have any ideas don't hesitate to suggest them. There is a Guild email address in the sidebar and your message will be forwarded to the appropriate person. 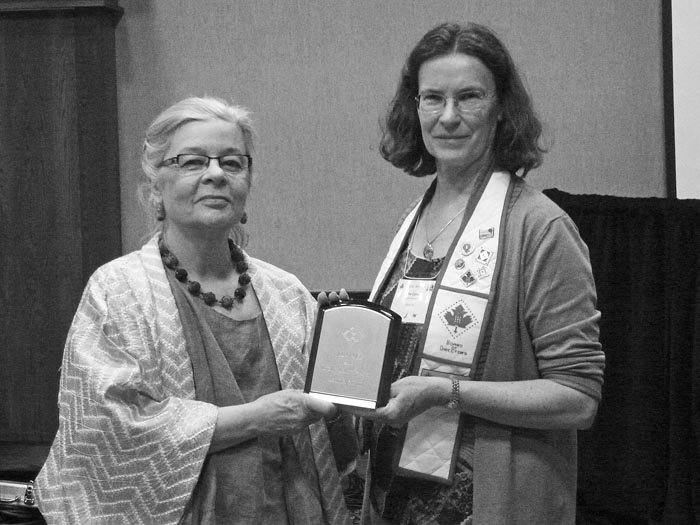 Laine Canivet presents Laurie with her award at the CQA annual general meeting in Penticton, BC. 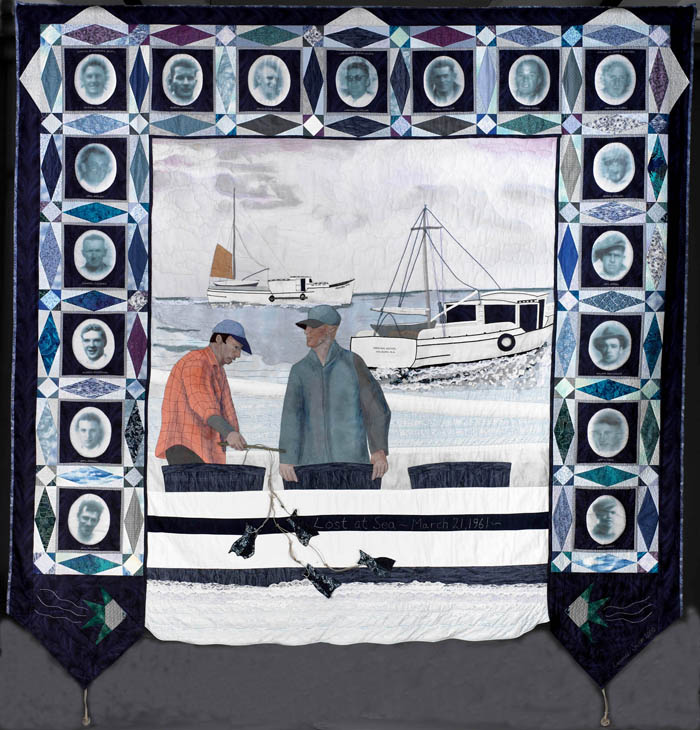 " The Dorothy McMurdie Award is Canada’s most prestigious quilting award. It is presented annually by the Canadian Quilters’ Association/Association canadienne de la courtepointe. The recipient of this award will have made a significant contribution to quilting in Canada and may be a quilter, teacher, author, researcher, historian, collector and/or editor of a quilting publication. The purpose of this award is to recognize these individuals and pay tribute to their accomplishments as well as to establish documentation of their contribution to our Canadian quilting heritage.

Dorothy McMurdie (d.2003) was a charter member of the CQA/ACC and a long-time supporter of quilting on the local, provincial and national levels. She provided an endowment fund to the Association that, for a number of years, was used to fund an Education Bursary and the Joseph McMurdie Awards of Excellence in Piecing and Appliqué." 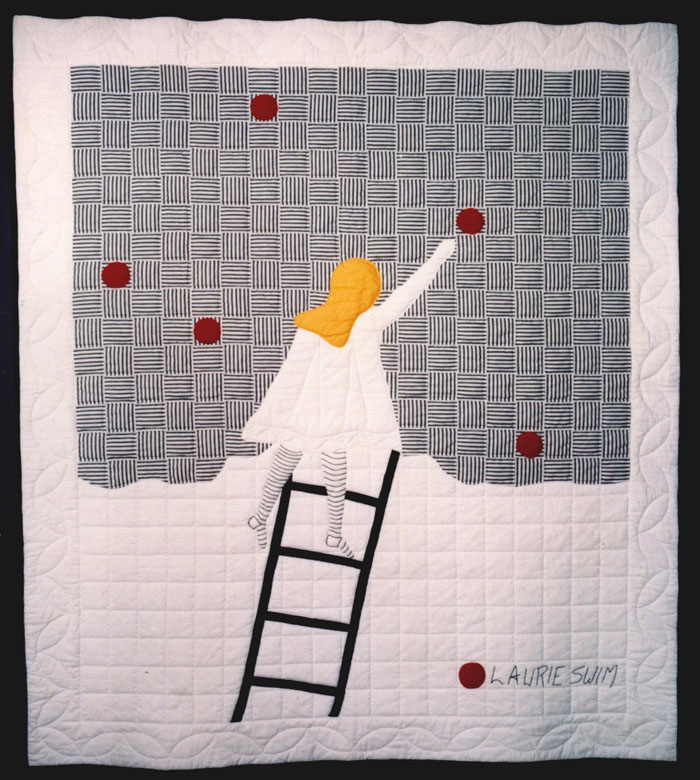 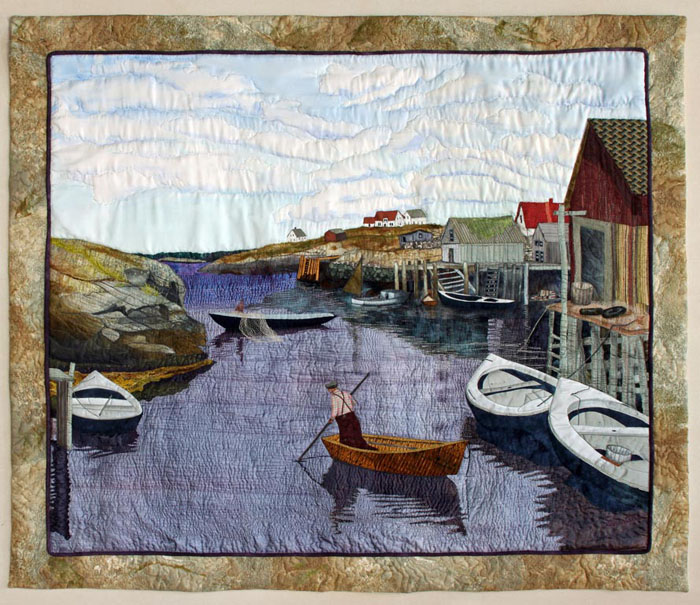 :In The Gut"  Laurie Swim

Be sure and check our Flickr Photostream for lots more pictures from our show and tells and the 2013 Dessert Party. 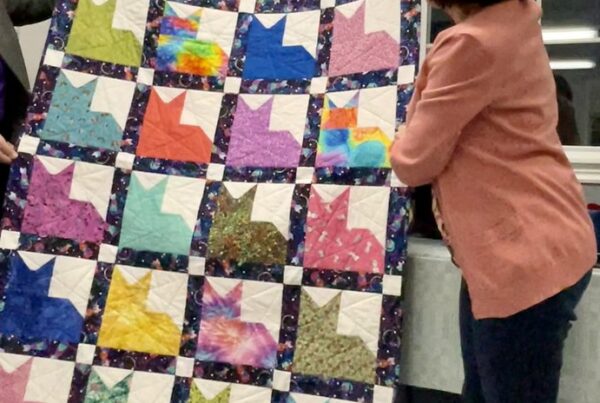 About thirty or so Members made it to the in-person meeting on May 2. Unfortunately, the hybrid format has posed us some issues. That's something we can work on – with declining case counts, perhaps more of us will be able to make our way back to in-person events in the coming months. Zoom has been a lifeline for many… 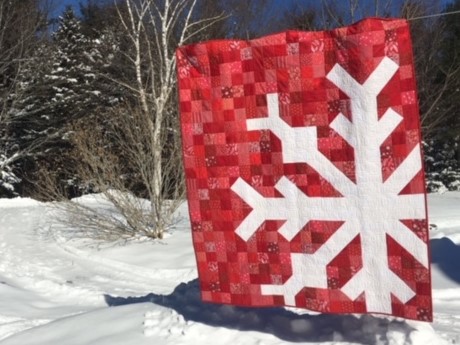 Hopefully this photo of Pam W.'s Snowflake is the last we see of the white stuff for a while. According to the weather gurus, March came in like a lamb – nice and quiet. That might be true for the weather but certainly doesn't describe the level of activity in our Guild. Our activity level continues to stay more lion-like…

*A Note from our President

Hello Fellow Quilters, I hope all are safe and well while adapting to our new normal during Covid 19. From Facebook posts to chats, I see that many of you are using time to finish off UFO’s or to begin new projects. I already had plenty of time to quilt so I am not producing too much more than before…

It's a lively monthly meeting tonight in Mahone Ba

Save the dates! Our first Quilt Show since 2018 is